I (Almost) Have A Book: Introducing A Unified Theory of Heptatonic Modal Harmony

Those of you who know me and/or have closely followed my work know that one of my big projects I’ve wanted to do is to write a book on my modally-based harmonic system, which I’ve been developing since diving head first into the modal realm way back in 2002–back when I was a mere teenager (albeit one who was nearly done with a bachelor’s degree).  I’ve had a number of attempts at it over the years, but back in August 2020, amidst the trying times of the height of the pandemic, I made another attempt at it, with a bit of a different approach to structuring it.  The combination of that new approach, and the fact that I’ve been able to truly develop the system in the past few years, has allowed me to reach the point where, at long last, I finally have a rough draft of the whole thing, running a bit shy of 300 pages in its current formatting. 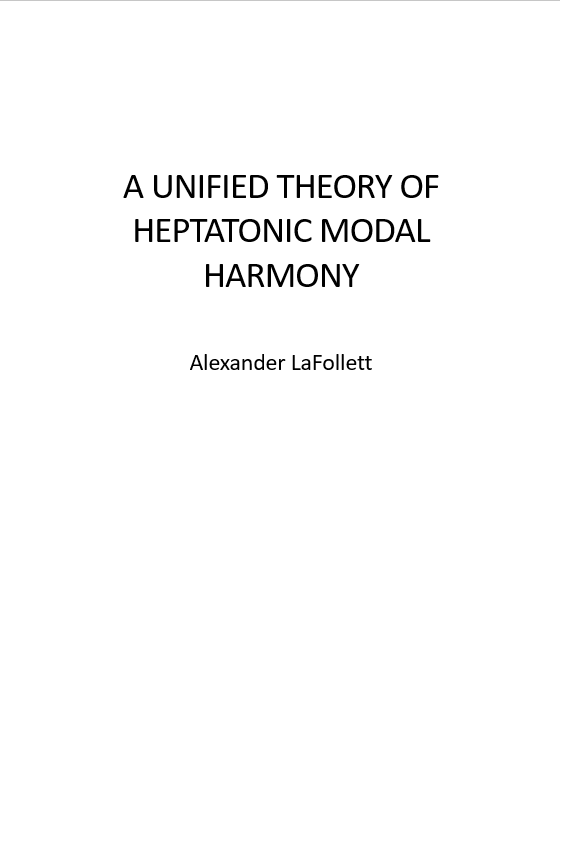 The current title is A Unified Theory of Heptatonic Modality. The book covers the various types of heptatonic modes (all possible within 12-tone equal-temperament) and some of their interesting properties (particularly from an expressive standpoint), before diving into aspects of establishing the modes in a musical setting, exploring the possible chord types, ways to assemble those chords into progressions that are analogous to functional tonality, in addition to getting into modulation and polymodal complexes.

I am, at this point, still evaluating my next steps, including publication options.  But it feels nice (and very surreal!) to finally be nearing the point of having a comprehensive statement of this harmonic system, which has been a passion of mine for two decades, and I am looking forward to finally being able to let you all get your hands on it at some point in the near future.  In the meanwhile, below a preview of a few select pages from the current iteration of the book for you to peruse.  Stay tuned here for more updates on the book, and thank you all for your continued support and interest. 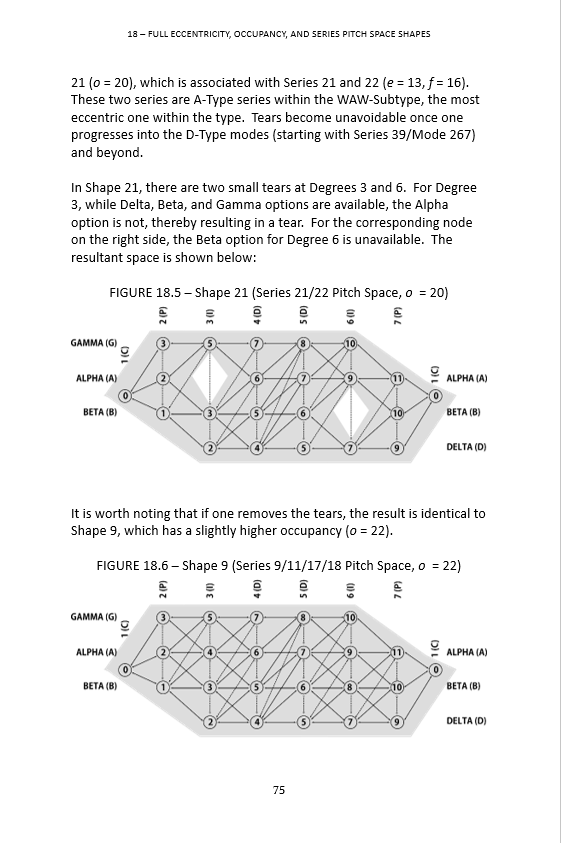 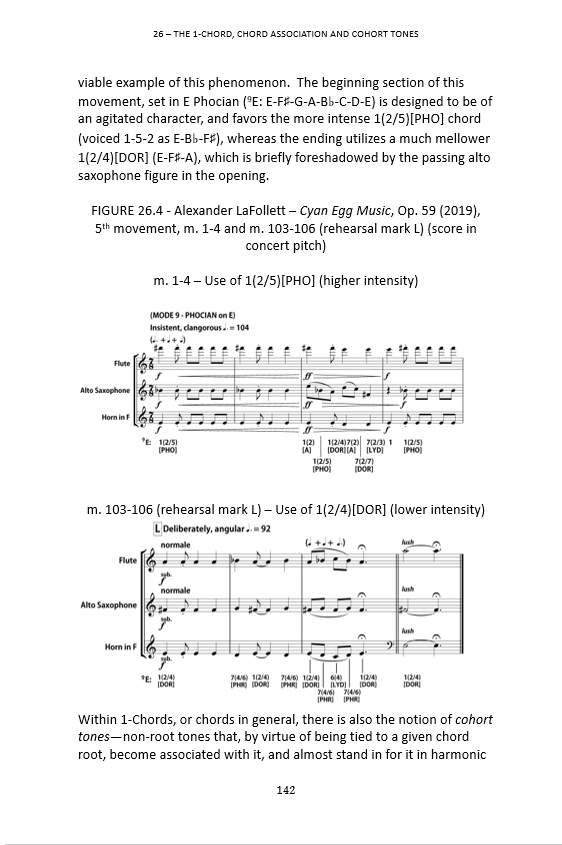 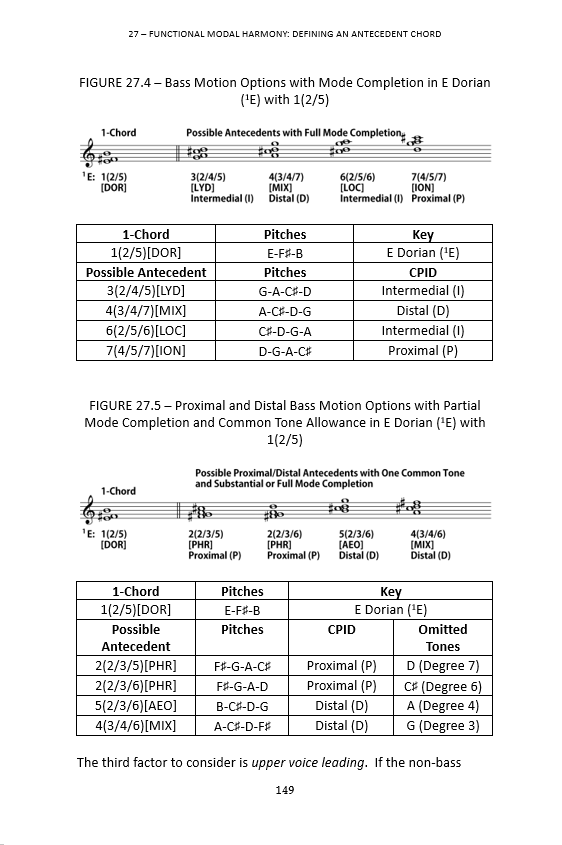 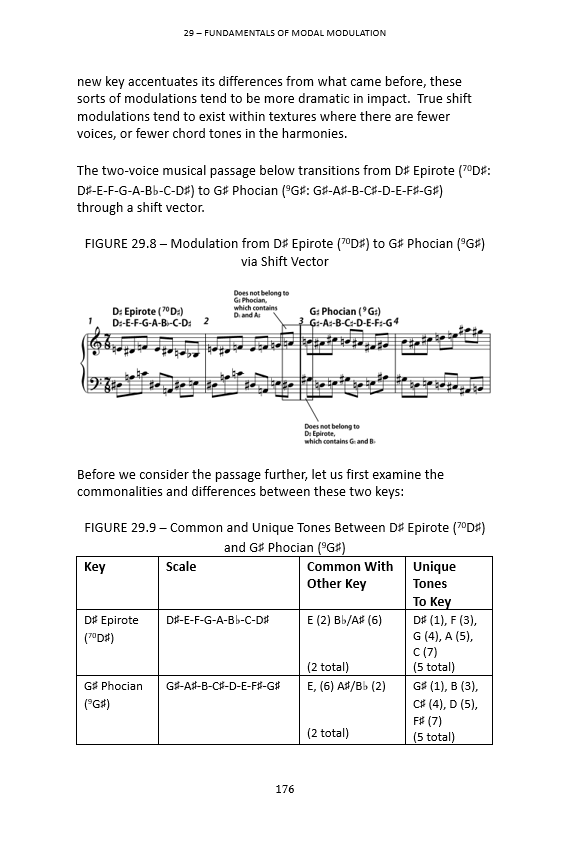